If you intend to start farmland or growing interest in farming, you should have basic knowledge of general farming before actually doing it.

Accordingly, you have to learn well about the soils, fertilizers, pesticides, crops, and the machinery involved in farming.

And, knowing ‘what does a cultivator do’ is a crucial part of that learning. As you can understand, the journey to a successful agricultural venture starts with you preparing your soil well.

And a cultivator can make a difference in the outcome whether you plan on a big or small-scale.

A cultivator breaks up the surface of the soil by stirring and pulverizing it.  Using a cultivator will help you in creating the perfect seedbed for multiple plants with the least effort.

Using a cultivator helps you with maintaining the farmland’s optimum humidity and weed as well.

A cultivator is a farming machine designed to loosen and stir the soil around the crop having multiple bladed rotors of different widths.

It is designed to plow the soil in careful patterns. Therefore a cultivator can be used even when the plants are maturing. A 2 or 4 stroke combustion engine is used as the power source of this machine.

All the cultivators you can find in the market can be divided into two main types.

Depending on uses, you will find three types of farming cultivators: 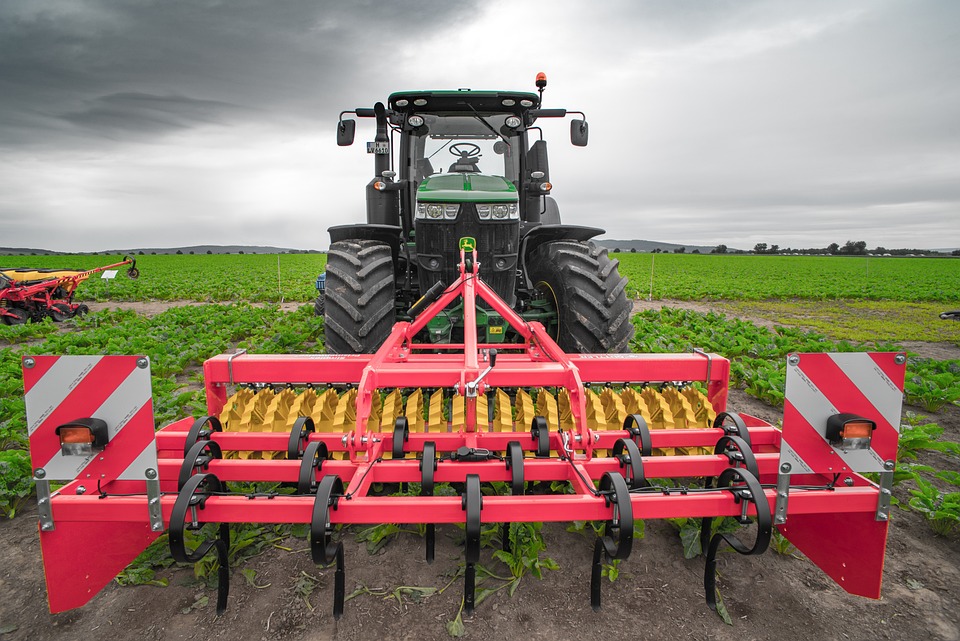 If you want to prepare a firmly packed soil, then these cultivators are the best bet. Such cultivators are equipped with larger disks or tines. They are ideal for preparing the unfarmed, untouched ground.

A lighter and tine-equipped secondary cultivator is perfect when the soil is not very firm and doesn’t need the use of a primary cultivator.

Even if you are using a primary cultivator, you also need a secondary machine to finely prepare the soil after the initial breaking up.

If you lack space in your shade, then you can go for a multipurpose cultivator. Yes, as you can guess from the name, it is capable of delivering the functionalities of a primary and a secondary cultivator in a single press.

This type of cultivator includes a combination of both discs and heavier tine cultivators. It is like killing two birds with one stone.

The garden cultivators are smaller and different from their larger counterparts. Generally, a garden cultivator is moved like lawn rollers by a person. A wheel is attached at the front of the device for ensuring easy movement and turns. Engine-powered garden cultivators will need you to adjust their directions. You won’t need to pull your muscle using this one. Its blades are situated either at the front or at the rear which is powered by gas or electricity.

If you feel like using your muscle for preparing the soil of your garden, then this cultivator will match your type. You need to use a cutting or pulling motion to turn the soil or to kill weeds with it.

How Does a Cultivator Work?

As mentioned earlier, the cultivator has a bladed rotor. When you drive a cultivator on the farming soil, the rotors rotate the blades which stir the soil on the way.

Thus the soil comes up from the surface of the ground, and the ground surface ends up going under. The fine blades give the soil a powdery consistency ideal for planting.

Depending on the type of machines, the method of driving the blades varies. Most of the smaller, garden cultivators have wheels at the front for transportation purposes.

The blades of such cultivators locate under the motor behind the wheel. Those blades along with the movement of the user help in propelling the machine.

But if you want a cultivator for large-scale farming, you should use a bigger cultivator. Those cultivators have forward drives. The smaller blades are situated at the front and the larger blades at the rear.

You can sit in the cabin from where you can see the land you are tilling. Thus you can avoid accidental damage to the crop.

It not only distributes the water and the fertilizers evenly in the soil, but the blades work concurrently in breaking up the lumps and mowing the weeds.

What Does a Cultivator Do? Step by Step Guide

The primary use of a cultivator is preparing fine soil for planting or laying down seeds. When the soil is compacted, it prevents water and air from reaching the plants’ roots.

When you use a cultivator, the soil gets loose into rows which allow air and water to penetrate the roots of the plants easily.

When the soil gets compacted, the water will not soak properly into the surface level. Thus the plants’ root will face deficiency is absorbing water. It may lead the congested water to overflow the land as well.

Fertilizing and Moisturizing the Soil

If you cultivate during or after putting fertilizers on the soil, it will help in spreading the fertilizer evenly, above and below the soil surface. The same goes for irrigation as a loosened soil bed will absorb the water easily.

Getting Rid of the Weeds

The rotating tines of a cultivator are astonishingly effective at removing and reburying weeds from the soil.

It can help you in both controlling the weeds as well as adding nutrients to the soil. So you will not need to feel bothered by the weed infestation in your garden or farming land.

Picking the wrong types of cultivators can affect your crop badly. So, think and research properly before choosing your best equipment.

While cultivating the soil is good, over cultivating can cause more harm than good in the end. So you should check your soil type before buying any products lest you waste your money.

So dig a hole and inspect the consistency of claying components in the ground. According to Mr. David Felce, Agrii regional technical adviser, if the ground lacks clays, then you should only tile the soil at the surface level.

Because too much tillage can make it vulnerable to tightening after the rain. So, you should use a cultivator with blades that can fulfill the needs of your soil.

For example, you should not use a cultivator with 4-inch blades where you have to tile only two inches of the surface.

When to Cultivate the Soil?

You should cultivate the soil when its surface crust over and that weeds grow excessively. Before cultivating, first, you should slightly moist the soil but not too much. Dry or wet soil will only make cultivating harder and soil lumpier.

In the following cases, you should cultivate the soil deeply too.

The Method of Cultivate the Soil

While using the cultivator, you should loosen the soil for only a couple of inches deep. Otherwise, the surface will dry out faster. Ensure that it doesn’t disturb the plant’s roots.

That’s why you should maintain a safe distance from the plant bodies. You should try to organize the soil into rows or beds as you prepare the soil for the planting seeds.

Not only does it help to plant in an orderly way but it also minimizes plant damage in future weeding.

Farming tools and machines are essential to secure good crops. So if you want to gain a satisfactory result from your farmland or garden knowing ‘what does a cultivator do’ will reduce your efforts significantly, and there’s no doubt about that!